The term Nitrox refers to air that is enriched with oxygen. The first breath that we took when we came into this world was a form of Nitrox called normoxic Nitrox. Normoxic refers to air that contains the same amount of oxygen as the ambient air around us (roughly 21%).

For years, the Navy and commercial divers have been using different combinations of oxygen and nitrogen during their diving operations. In 1970 Dr. Morgan Wells brought Nitrox into use for scientific diving by making it available through an open circuit demand scuba system. Using the Enriched Air Diving (EAD) concept, he devised the NOAA Nitrox mix which utilizes 32% oxygen. Air that contains more oxygen than ambient air is considered hyperoxic. Upon retiring from NOAA in 1985, Dick Rutkowski began teaching NOAA Nitrox diving to the recreational diving community.

At this time Mr. Rutkowski and several other members of the diving community- Tom Mount, Bill Deans, and Brent Gillum- formed the International Association of Nitrox Divers (IAND), now the International Association of Nitrox and Technical Divers (IANTD). These pioneers sought to promote the physiological advantage that enriched air nitrox provides to divers. This was especially helpful as the mid 1980’s saw a boom of ships being scuttled to promote artificial reef systems.

In addition to increasing the bottom time and no decompression limits of recreational scuba divers, these hyperoxic gas mixes are also beneficial in hyperbaric medical treatments. Using higher oxygen concentrations under pressure, as is done in hyperbaric treatment, helps the oxygen to better perfuse tissues to promote healing or rid the body of nitrogen gas bubbles. Our Hyperbaric Medical Training programs will teach you how the use of Nitrox can treat diving injuries as well as medical conditions. Explore our site to learn more about our Hyperbaric Medical Training programs, or click here to download your registration form. 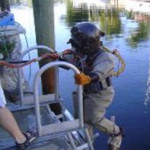 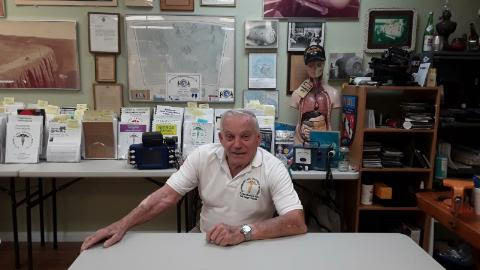